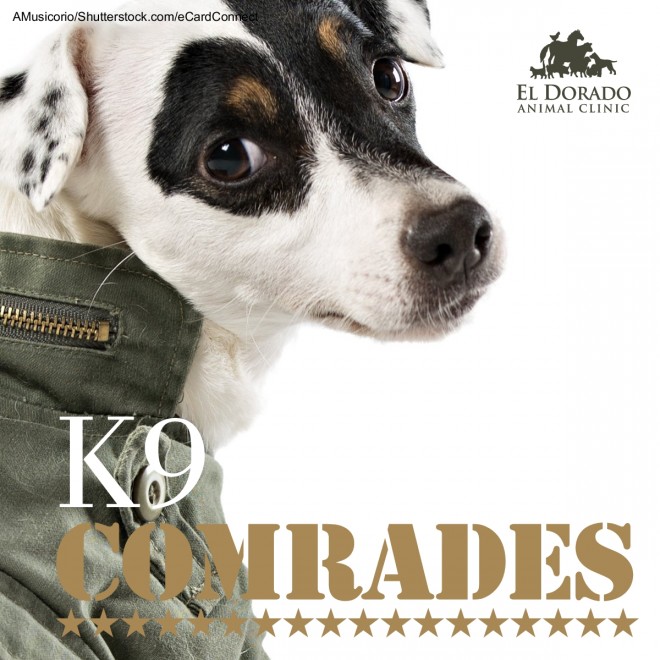 In honor of K9 Veterans Day on March 13, here are some facts you may not have known about military working dogs, also known as MWDs.

– Dogs have been used in warfare since their domestication more than 15,000 years ago.
– On March 13, 1942, the U.S. Army implemented the War Dog Program, also known as the United States K9 Corps. Before then, the United States military had unofficially employed dogs as mascots and guard dogs. However, this new program would train dogs in specialized roles, including sentry, scout and patrol, messenger, and mine-detection.
– The K9 Corps originally accepted more than 30 breeds of dogs but soon narrowed the list to seven: German shepherds, Belgian sheepdogs, Doberman pinschers, collies, Siberian huskies, malamutes and Eskimo dogs.
– Today, standard MWDs are one of three breeds: German shepherd, Dutch shepherd and Belgian Malinois.
– Famous war dogs in history include Stubby, an American pit bull terrier who was promoted to the rank of sergeant after his heroic acts during World War I; Chips, a Collie-German shepherd-Siberian Husky mix who became the most decorated dog in World War II; and Nemo, a German shepherd who was wounded under fire (but later recovered) during the Vietnam War.
– In addition to military dogs, K9 Veterans Day also pays tribute to dogs serving our country in other capacities, including Police K9s, Customs K9s, FBI K9s and Secret Service K9s.
– Many MWDs end up working for civilian law enforcement after they retire from the military. If they are no longer able to serve, military dogs are often adopted by their handlers or by a member of the general public.

If you are interested in adopting a former military dog, visit http://www.37trw.af.mil/ and click on “MWD Adoption Program” under “Programs of Interest” for more information.